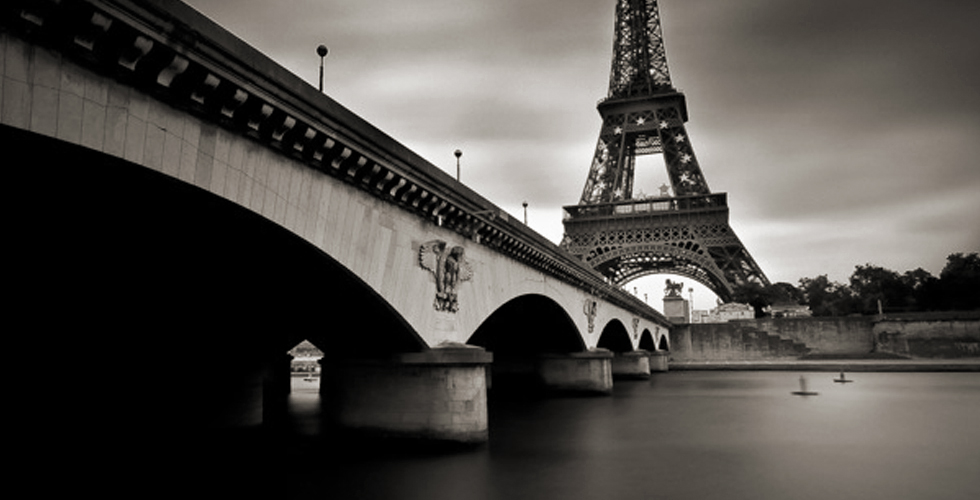 Posts:
We were lucky enough to see the Northern Lights over the Labrador Sea just west of Greenland last night. By the time we passed over Greenland they had gone. That was a nice little bonus for those of us sitting on the left side of the airplane. 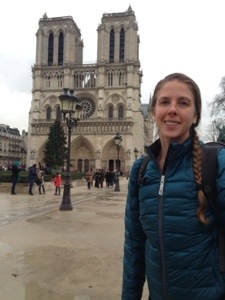 Arrived in Paris at noon today. Our first stop off the train from the airport took us right to Notre Dame. 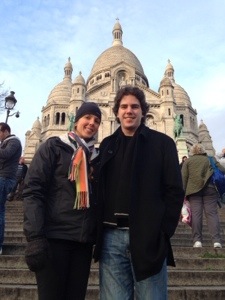 Shortly thereafter we met up with brother Mark at the hotel and it was off to the bakery for a baguette then over to Sacre Coeur. 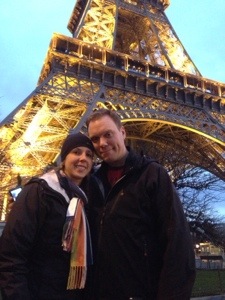 Due to the late start and the long journey to Sacre Coeur we were only able to see the Saint Severin Cathedral, The Opera House, La Madeleine, Palais Garnier, and the Arc de Triomphe before finishing the day’s tour with a ride up the Eiffel Tower. To cap it off, we had your standard portion-controlled late night dinner at a local French restaurant. We’re all pretty tired from the day’s exciting events. Tomorrow morning it’s off to Versailles so right now it’s off to bed. 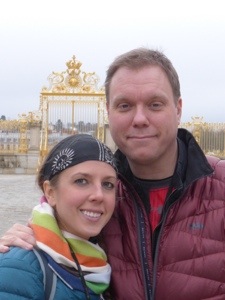 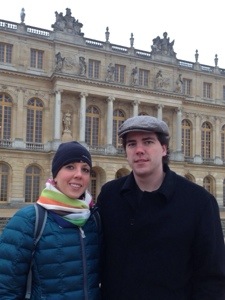 Tuesday morning came early with a 30 minute drive outside the city to visit Versailles. The late 17th century palace is as spectacular as it is massive. The king’s of the princely period spared no expense of the people’s money in the construction and decoration of their home away from home. You can really see why they lived in constant fear of revolt.


After returning to Paris, we had Thai food for lunch than headed back over to Notre Dame. Our timing was perfect as we happen to arrive just in time to enjoy the first live rehearsal of Le Requiem de Berlioz by the Radio France Philharmonic Orchestra scheduled to be conducted tomorrow night in front of a sold out audience. Both the visual setting and acoustics were absolutely amazing. 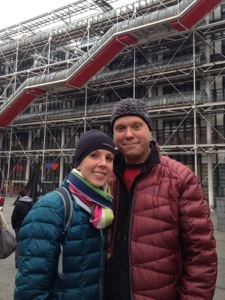 From Notre Dame we hiked our way over to the Pompidou for a more modern twist on Paris. 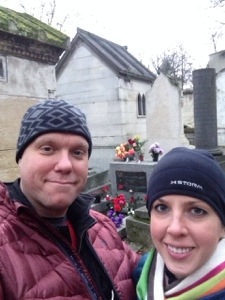 We then made our way over to the famous Père Lachaise Cemetery to see the grave site of the late sixties pop icon Jim Morisson (and just a few others). The cemetery itself with the thousands of sepulchral monuments makes for a pretty humbling stroll amid all the wonders of Paris. 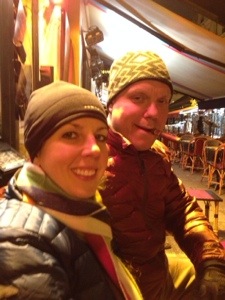 For dinner that night we decided to stay with the Asian theme and go out for a little Vietnamese. Afterwards, the boys enjoyed an evening cigar outside at a sidewalk cafe. Apparently Parisian people watching is a favorite pastime among French cafe dwellers. 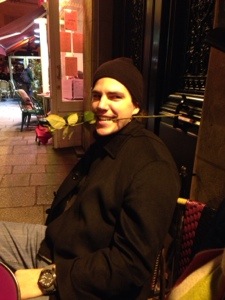 Once Mark’s inner Parisian started to surface we knew it was time to turn in and get some sleep in preparation for tomorrow’s all day museum hopping extravaganza. 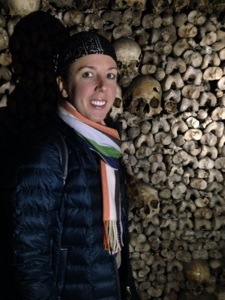 After imbibing an espresso at the neighborhood cafe Wednesday morning, we made our way to the Catacombes de Paris.

Descending 65 feet below the streets of Paris, we walked through a one and a quarter mile long tunnel containing a small fraction of the total remains of over 6 million former Parisians. Definitely not for the faint of heart (or claustrophobic). 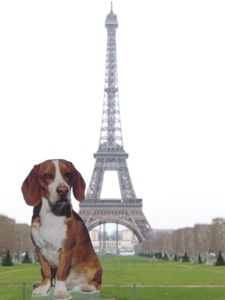 After ascending back to the streets and the comforts of daylight and fresh air, we headed back to the Eiffel Tower for one last viewing. To our surprise we found ourselves in the presence of a special little visitor who decided to drop in just to say bonjour! 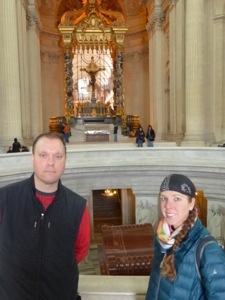 Our next and possibly favorite site of the day (if not the entire trip) was Napolean’s Tomb at Les Invalides. The sheer size and scale of this massive monument was truly something to behold. The design and decor was absolutely breathtaking. Napolean’s tomb is a must see for anyone visiting Paris. 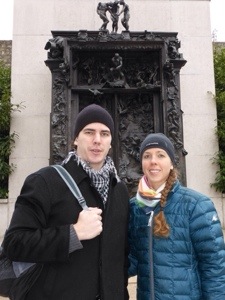 We then moved on to the Musée Rodin in honor of Frances’ greatest sculptor. We walked the sculpture garden in the rain to enjoy full size bronze castings of such great works as The Thinker, The Three Shades and The Gates of Hell. 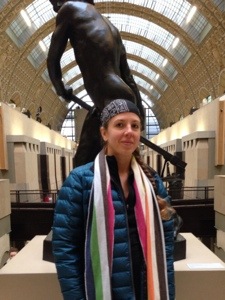 Continuing our walk in the rain we managed our way over to the Musée D’Orsay (after another quick stop for espresso). From here we viewed over one hundred Impressionism (Monet, Degas, Renoir) and post-Impressionism (Van Gogh, Gaugain, Cezanne, Manet) masterpieces. For fans of those genres, it truly is a collection like no other. 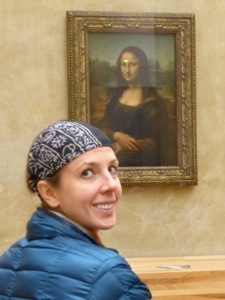 Last stop for the day was the Musée du Louvre aka The Louvre. As if we hadn’t already walked enough this day. What’s a few more miles amid the greatest collection of art and artifacts on the planet. The Louvre is the most visited museum in the world and rightfully so. Our favorite exhibits overall had to be the vast collections of marble sculpture. The Venus de Milo and Mona Lisa were certainly top of the list artwork attractions for the days viewing.
Tomorrow we depart early in the morning for London via the Eurostar train under the English Channel. Time to sit back, relax and enjoy the 100 mph ride into London.
Finis