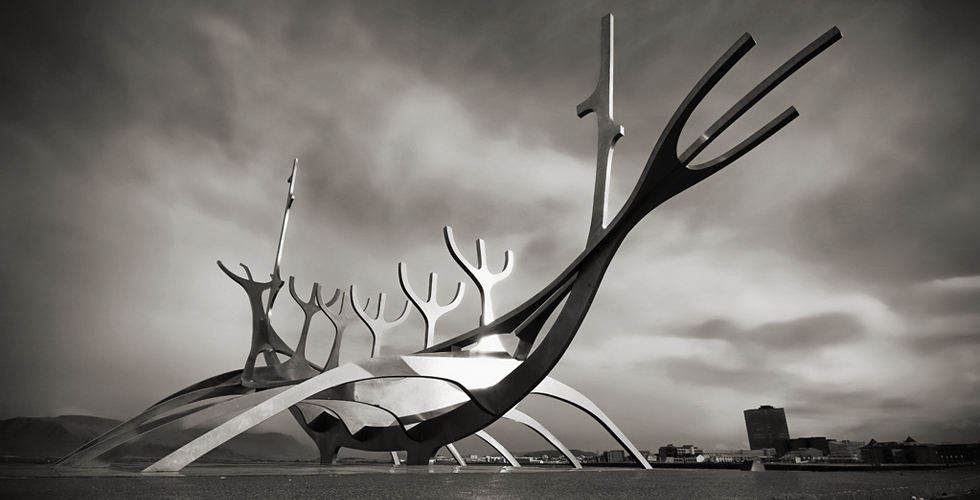 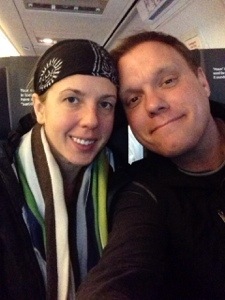 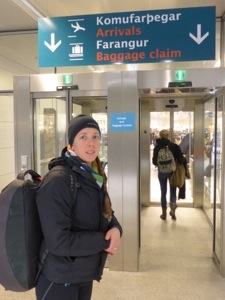 We said farewell to Mark, boarded our plane and three hours later landed safely in Iceland late Thursday night. A little wandering around and a short 45 minute bus ride later we were at our hotel in Reykjavik by 2 am.

Friday morning came very early. It was dark and snowy just as you might image Iceland to be this time of year. 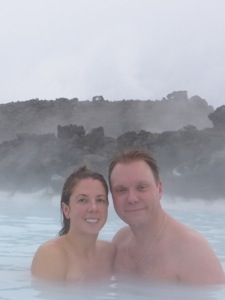 Without delay (and very much sun) we were on another bus out to the Blue Lagoon Geothermal Spa to enjoy the hot mineral waters and steam baths just like the Vikings did over a thousand years ago. 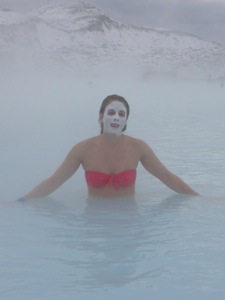 We even had a chance to exfoliate our faces with pure white geothermal mud masks from the spa’s very own Silica mud. 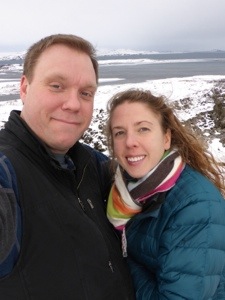 After a relaxing morning at the spa we made our way via another bus to Thingvellir National Park. The wind and cold was pretty extreme at times and the sun never rose much above the horizon all day. It was pure Iceland and it was amazing. 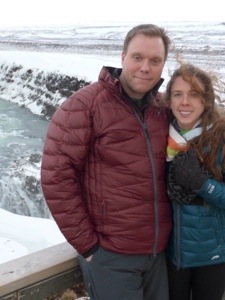 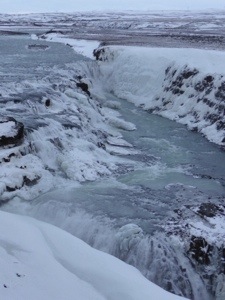 Next we travelled to Gullfoss which in Icelandic means Golden Falls. This two-tiered falls is Iceland’a largest and most impressive waterfall. 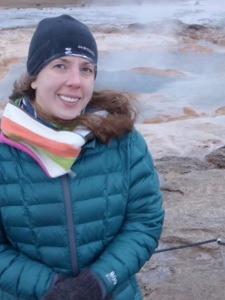 We then proceeded to Geysir aka The Great Geysir. Similar to Old Faithful, Geysir was erupting every four minutes just like clockwork. Although not as tall and massive as Old Faithful, the extreme conditions made it seem even more powerful. 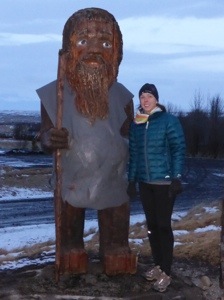 On the way back to Reykjavik Tina made friends with an even bigger giant with an even larger head believe it or not. 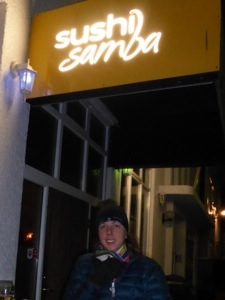 We decided it would only be fitting for our final dinner in Europe to be sushi. The trendy and upscale Samba Sushi proved to be a great choice. Not only did we get to enjoy unbelievable sushi but we had a chance to mingle with some of the hippest young professionals of Reykjavik. Apparently Reykjavik is the northern most nation’s capital in the world. Iceland is also the newest European country and one of the five Northern European countries that include Norway, Denmark, Finland, Sweden and Iceland. 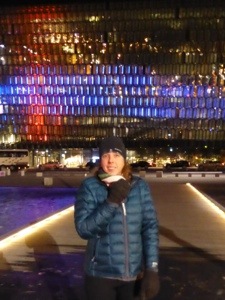 On the walk back to the hotel we stopped to enjoy the dazzling light show of the new Harpa Concert Hall and Conference Center. 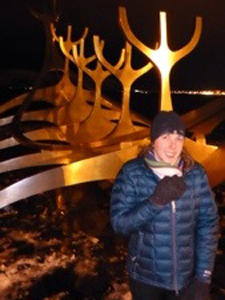 We then continued along the shores of the Greenland Sea to the Solfar Sculpture commonly referred to as The Sun Voyager. This sculpture by Jon Gunnar Arnanson was erected in 1990 and is one of the most artistic and iconic displays within the city of Reykjavik (Kevin’s personal favorite).

We headed out early Saturday morning to tour the city of Reykjavik on our last day in Europe. 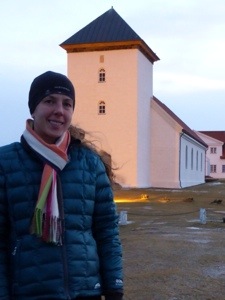 Our first stop was at the home of the president of Iceland. This is one of the oldest homes in Reykjavik and was built by the Danish. Iceland was first settled by Vikings in 871 A.D. and until recently was part of the Danish kingdom. 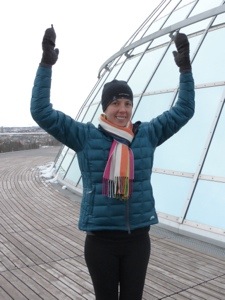 Our next stop of the tour was Perlan. Perlan, referred to as The Pearl, is a large glass dome structure built on top of five large water tanks that sit on top of a large hill. Perlan contains a shop, cafeteria and five star restaurant inside the multistory dome. 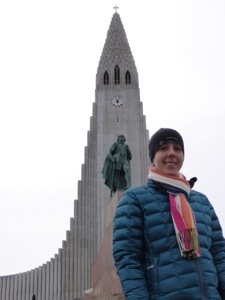 Our last stop of the tour was Hallgrimskirkja. It is the Lutheran (Church of Iceland) parish church of Reykjavik and the largest church in Iceland. Apparently it is not technically a cathedral but it sure looks like one. 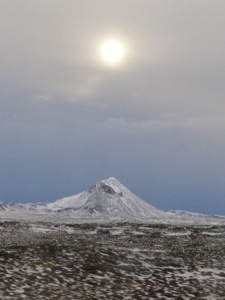 FYI – This is where the sun sits at high noon in the winter. 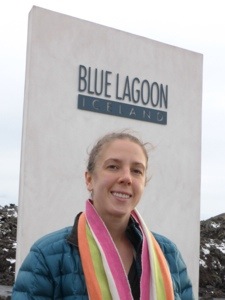 After our tour of the city we took a detour back to the Blue Lagoon for one last soak on our way to the airport as is often customary of Icelandair travelers. 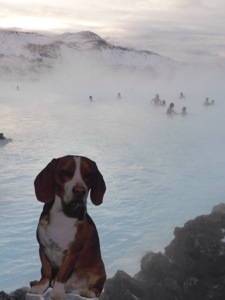 And to our surprise our little visitor made a stop at the spa to admire all the happy Eurobathers. 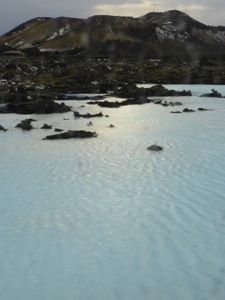 So concludes our two week holiday…oops…vacation to Europe. We had an absolutely amazing time filled with so many wonderful memories that we will certainly cherish for the rest of our lives. We are already looking forward to the next great adventure abroad. Check back soon! Love Kevin, Tina & GARY
Finis